Would you mind using the sharing tools found via the share button at the top or side of articles? Copying articles to share with others is a breach of FT.com T&Cs and Copyright Policy. Email licensing@ft.com to buy additional rights. Subscribers may share up to 10 or 20 articles per month using the gift article service. More information can be found at Pension fund representatives have welcomed reassurances from the UK’s financial regulator that retirement schemes will not have to stump up extra cash for derivative contract trades after Brexit.

At a Brexit briefing on Friday morning, Andrew Bailey, chief executive of the Financial Conduct Authority, told representatives from bodies including the Pension and Lifetime Savings Association, the Investment Association, and the Association of British Insurers that UK regulators would ensure no disruption to their operations even in the event of a no-deal Brexit. 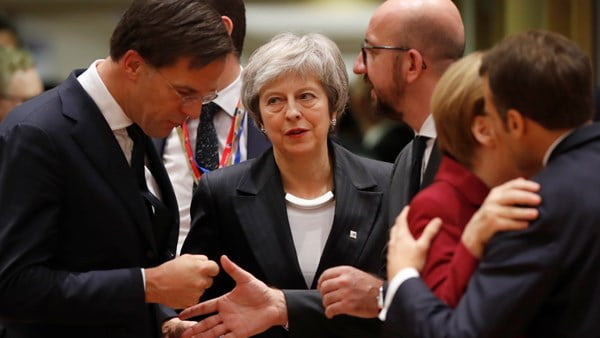 “The message from Andrew Bailey was clear. The FCA’s entire focus is on maintaining continuity and avoiding any disruption to business after Brexit day,” said James Walsh, policy lead, EU and international, at the PLSA, which represents more than 1,300 UK retirement schemes with 20m members. UK pension schemes were facing an uncertain period due to rule changes in Europe that overlap with Brexit. Pension funds across Europe have benefited from a temporary exemption from European rules introduced in 2012 that set tougher standards on the minimum collateral that investors must offer as security to back centrally cleared derivative trades.

The European Commission has proposed that the temporary exemption, which was due to expire in August, should be extended for at least two more years. Matthies Verstegen, the senior policy adviser at PensionsEurope, the trade association, said: “The EU is planning to extend the pension fund exemption for at least another two years. This provides time to work on a solution to avoid the detrimental impact on pension funds of funding cash collateral requirements related to derivative central clearing.”

The commission proposal is expected to become law later this year.

This created a headache for UK pension funds as it was unclear whether they would continue to benefit from the exemption between March 29 and the date at which the commission’s proposals passed into law. Late on Friday afternoon, the government said that the extension to the exemption would apply to the UK and European pension funds even if there were a no-deal Brexit. “It is good news for pension schemes that the UK government has quickly followed Andrew Bailey’s comments with a public statement. This gives pension schemes certainty that they will still be exempt from central clearing obligations for derivatives, whatever kind of Brexit we get,” said Mr. Walsh.