Trending Now
The Science and Industry Museum Tampa Is Coming...
Top 10 Financial Industry Websites That Get Massive...
Debit Relief – How to Save $10,000 Per...
How to Mitigate Investment Risk
20 Branding Examples That Will Blow Your Mind
Video Game Industry – How to Become a...
Dutton Lending Explains the Reasons to Get a...
Bankruptcy Copies – The Perfect Way to Duplicate...
10 Must-Haves for Customer Journey Mapping Tools
Federal Debt Relief: What You Need To Know...
Home Industry Mobile World Congress: The Huawei issue hangs over mobile industry show
Industry

The mobile industry’s biggest show is shaping up to be a proxy for a U.S.-China battle over the future of Huawei Technologies Co., putting telecom executives in an awkward position.

Huawei and the U.S. government are bolstering their presence at MWC Barcelona, formerly called Mobile World Congress, setting the scene for a showdown next week as both sides try to win over politicians and company leaders. Telecom executives will come together at a Sunday meeting of global industry group GSMA to discuss ways out of the stalemate that’s expected to disrupt deal-making in Barcelona and could delay 5G in Europe. 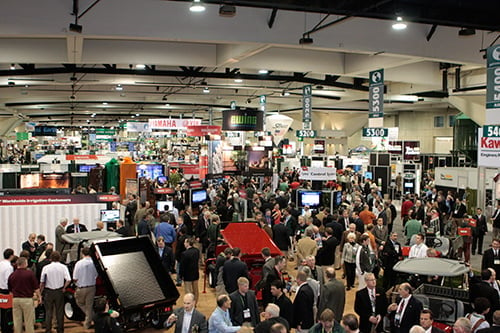 “Mobile World Congress has always been about commercial deals and things like 5G use cases, and now executives are dragged into this political food fight,’’ said Paul Triolo, a technology analyst at Eurasia Group. “It’s putting a damper on the conference — things won’t move forward as quickly until it’s clear how Europe will handle the Huawei issue.”

European CEOs are pushing back against U.S. demands to ban Huawei because the region is so dependent on the company’s technology, Triolo said. Carriers still don’t know if they’ll be allowed to use their gear when building next-generation wireless networks, as governments from the U.K. to Germany weigh restricting the supplier, which has been accused of enabling Chinese espionage.

Huawei rejects the allegations. The company will focus on showcasing its technology and continue conversations with government officials, said Joe Kelly, a spokesman for Huawei. “We have been actively talking to all countries about who we are, what we do, and what we don’t do,” Kelly told reporters Thursday in Vienna.

Some 100,000 industry aficionados will roam the LED-lit conference halls to check out the latest gadgets — from smartphones and tablets to artificial intelligence and robots.

Samsung Electronics Co. and Huawei are among handset makers expected to show off foldable phones. The South Korean technology giant is also bringing its first 5G smartphone, the Galaxy S10 5G. Vodafone Group Plc has installed a 5G network in the center of Barcelona for attendees to test.

Drones will be a major talking point after the devices caused chaos at airports, including a one-day closure of London’s Gatwick in December. MWC Barcelona has dedicated part of its NextTech Hall to drone and robotics companies.

The latest generation of augmented reality headsets and smart appliances, cars, and wearables under the “internet of things” umbrella will round out the gadgets on display.

Behind the scenes, MWC Barcelona becomes a place for dealmakers to retreat to back rooms or hotel suites to hunt for ways to gain a bigger slice of the market. Politicians in Germany and France are stepping up their campaign for laxer antitrust rules, enabling larger deals in the industry.

The towers that carriers use to relay wireless signals around networks are becoming a popular target for bidders, and eyes are on Vodafone, carving out the assets and doing deals.

Then there’s the ongoing question of French consolidation.

Germany’s planned auction of 5G mobile frequencies is under attack from operators, who slam requirements to cover 98 percent of homes, every highway, and all federal roads in the country with 100 megabit-per-second coverage as unreasonable.

How do creditors decide your personal mortgage eligibility?